Number of sales was 42.3%!!! higher than in September 2019 which is outstanding considering pandemic situation and back to school month!

Sales were higher in all categories.

Number of active listings increased by 5.3% in comparison to September 2019. 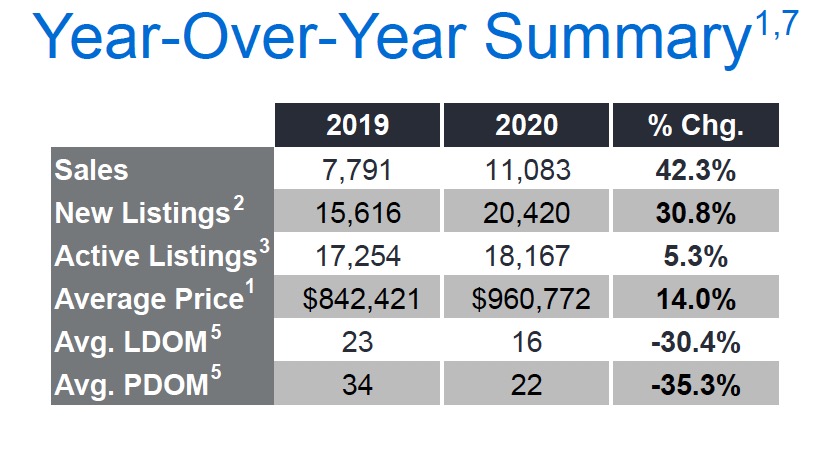 It looks like, despite COVID-19 and summer vacations, the real estate market is very strong. The job market is slowly recovering as well. The mortgage interst rates inched down and are historically low!

TORONTO, ONTARIO, October 6, 2020 – Toronto Regional Real Estate Board President Lisa Patel announced that sales reported through TRREB’s MLS® System by Greater Toronto Area REALTORS® amounted to 11,083 – a new record for the month of September. This result was up by 42.3 per cent compared to September 2019.

Following a record third quarter, sales through the first nine months of 2020 were up by approximately one per cent compared to the same period in 2019.

“Improving economic conditions and extremely low borrowing costs sustained record-level sales in September, as we continued to account for the substantial amount of pent-up demand that resulted from the spring downturn. Further improvements in the economy, including job growth, would support strong home sales moving forward. However, it will be important to monitor the trajectory of COVID-19 cases, the related government policy response, and the impact on jobs and consumer confidence,” said Ms. Patel.

Year-over-year sales growth in September continued to be driven by ground-oriented market segments, including detached and semi-detached houses and townhouses. Annual growth rates were also higher for sales reported in the GTA regions surrounding the City of Toronto.

The September 2020 MLS® Home Price Index Composite Benchmark was up by 11.6 per cent year-over-year. The average selling price for all home types combined in September was $960,772 – up by 14 per cent year-over-year. Price growth was driven by the low-rise market segments. The relatively better supplied condominium apartment segment experienced a comparatively slower pace of price growth. 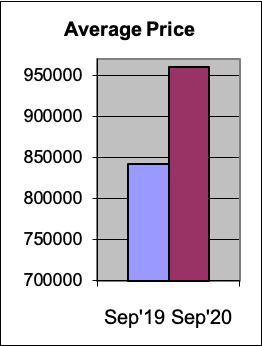 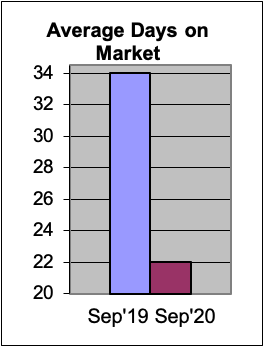 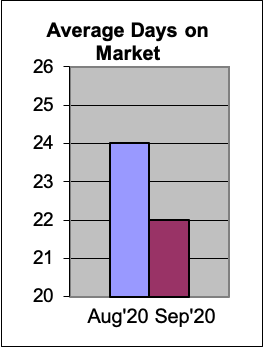 Average home price was higher by almost $9,400, number of home sales was lower by over 300 units, time to sell was shorter by 2 days.