Mississauga and GTA real estate market in May 2022 slowed down again.

It was much less active though than in May of 2021, mainly due to changing interest rates.

The average home price, comparing to the previous month went down by almost $42,000!

The real estate market continued changing. The average home price is still much higher than the same time of last year, but has dropped again comparing to the previous month.

TORONTO, ONTARIO, June 3, 2022 – Greater Toronto Area (GTA) housing market conditions continued to evolve in response to higher borrowing costs. Similar to April results, May 2022 sales were down on a monthly and annual basis. Conversely, active listings at the end of May were up on a month-over-month and year-over-year basis. More balanced market conditions have provided buyers with more negotiating power. As a result, while benchmark and average home prices were up substantially compared to last year, selling prices trended lower on a month-over-month basis.

“Bank of Canada rate hikes, including the 50-basis point hike on June 1, are impacting home buyers in the short term. There is now a psychological aspect where potential buyers are waiting for a bottom in price. This will likely continue through the summer. However, as home buyers adjust to higher borrowing costs, housing demand will be supported by extremely low unemployment, high job vacancies, rising incomes and record immigration,” said TRREB President Kevin Crigger.

GTA REALTORS® reported 7,283 sales through TRREB’s MLS® System in May 2022 – down 38.8 per cent compared to May 2021 and down nine per cent compared to April 2022. The number of new May listings was similar to last year’s level and edged up on a month-over-month basis. With sales down and new listings trend flat to slightly up, the number of active listings was up on year-overyear basis by 26 per cent.

Market conditions remained tight enough to support an overall average selling price of $1,212,806 for May 2022, representing an annual growth rate of 9.4 per cent. The MLS® Home Price Index Composite Benchmark was also up on a year-over-year basis by 23.9 per cent. On a month-overmonth basis, both price metrics were lower, reflecting more balanced market conditions.

“Price trends observed over the past three months – both in terms of moderating annual growth rates and the recent month-over-month dips – are in line with TRREB’s forecast for 2022. After a strong start to the year, the current rate tightening cycle has changed market dynamics, with many potential home buyers putting their purchase on hold. This has led to more balance in the market, providing buyers with more negotiating power,” said TRREB Chief Market Analyst Jason Mercer. 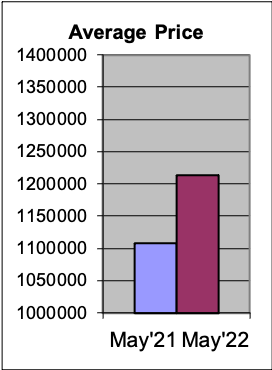 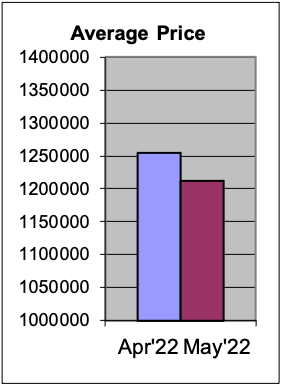 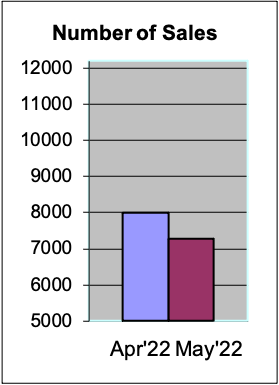 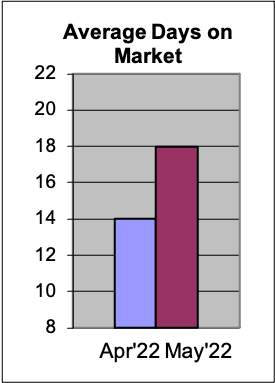 Average home price was lower by almost $41,630, number of home sales was lower by 725 units, time to sell was 4 days longer. 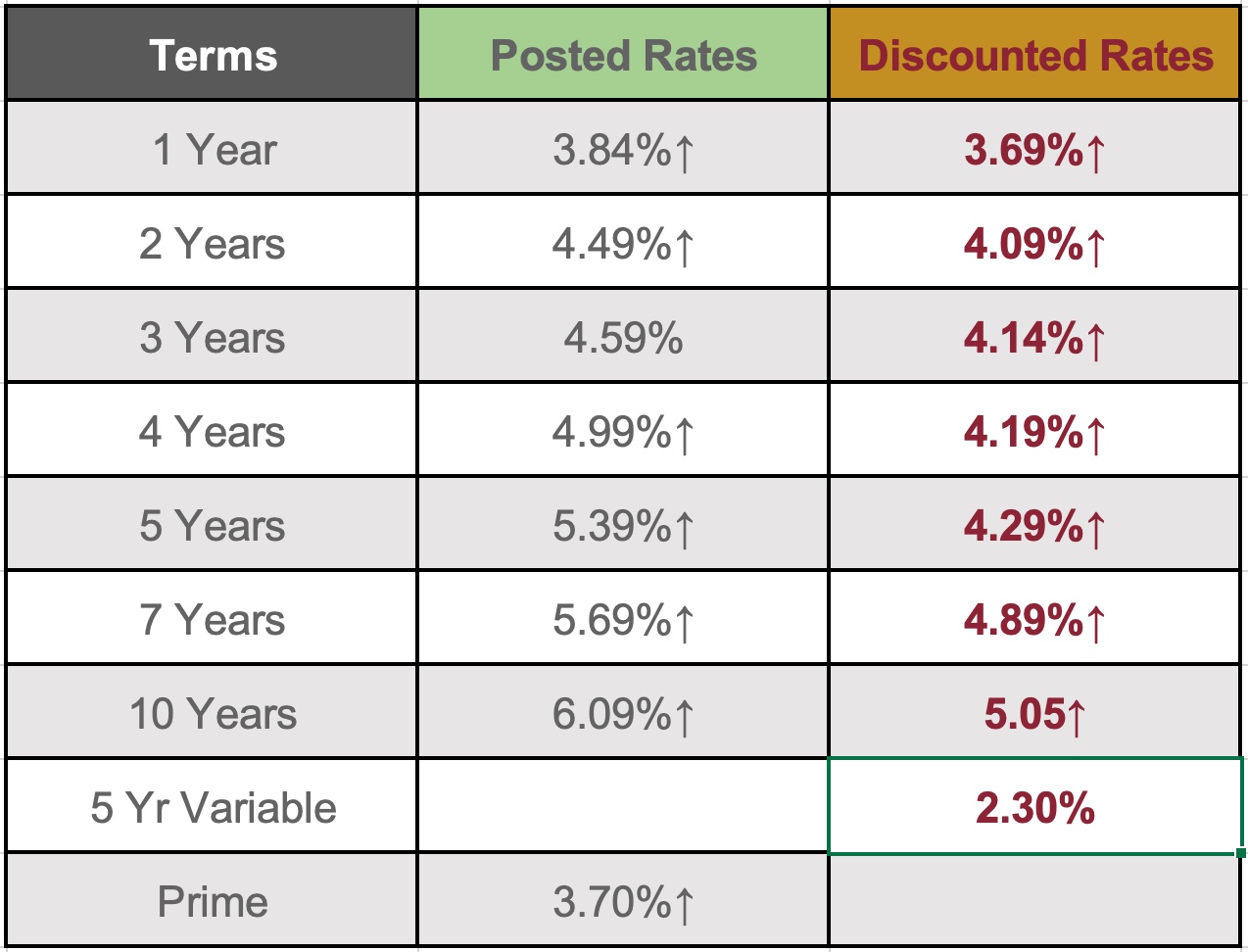