Mississauga and GTA real estate market in June 2020, despite Covid-19 pandemic was much more active than in May 2020,and almost the same as June 2019.

Number of sales was down by only 125 units which is excellent considering pandemic situation!

Sales of homes were mixed and depended on category.

Number of active listings decreased by 28.8% in comparison to June 2019.

Number of new listings increased by 2.1%

It looks like, despite COVID-19 pandemic, the real estate market is getting stronger. The job market is slowly recovering as well. The mortgage interst rates inched down and are historically low! June 2020 avarege home price exceded average price from 2017 which was the highest on record.

TORONTO, ONTARIO, July 7, 2020 - Toronto Regional Real Estate Board President Lisa Patel announced that Greater Toronto Area REALTORS® reported 8,701 sales through TRREB's MLS® System in June 2020. This result represented a very substantial increase over the May 2020 sales result, both on an actual (+89 per cent) and seasonally adjusted basis (+84 per cent), and was only down by 1.4 per cent compared to June 2019.

Year-over-year growth in sales was reported in some areas and market segments. Especially notable were the detached and townhouse market segments in the GTA regions surrounding the City of Toronto.

New listings were up slightly on a year-over-year basis by 2.1 per cent. However, active listings on TRREB's MLS® System at the end of June 2020 were down by 28.8 per cent compared to June 2019. Growth in new listings will need to outstrip growth in sales for a number of months before active listings approach last year's levels.

Average and benchmark selling prices were up year-over-year for all major home types. The strongest average annual rates of price growth were experienced in the detached and semi-detached market segments in the City of Toronto at 14.3 per cent and 22 per cent respectively. This, coupled with the fact that average selling price growth outstripped growth in the MLS® HPI benchmarks, points to a resurgence in the higher-end market segments. 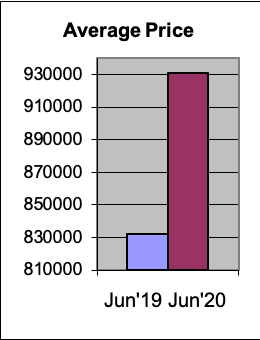 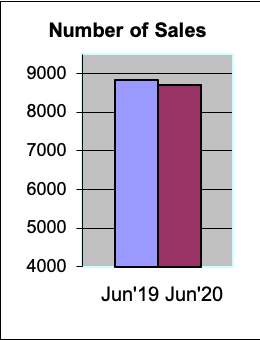 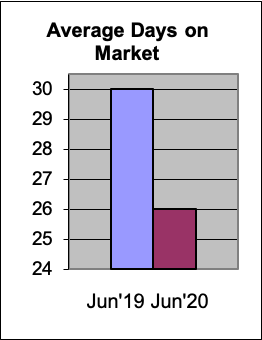 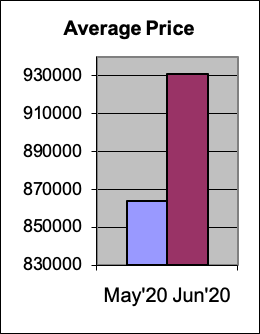 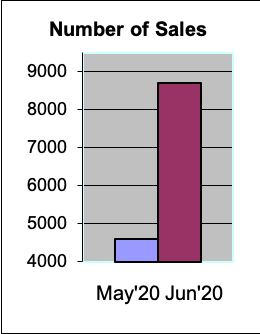 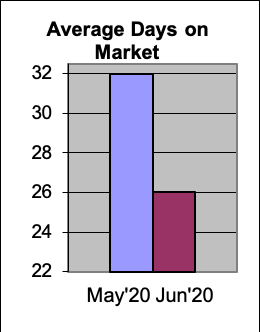